Our customers love our service!

Check out our latest deals

An American producer of writing instruments, Parker was established in 1888, and now see their production solely based in France. Their range is perhaps one of the widest on the markets, with their two most iconic models still in production today. From the everyday, yet plush feeling Jotter, to the up-market and breath-taking Duofold, Parker has certainly covered all bases.

Here at Pure Pens, we stock a range of Parker pens and must say they seem to be a popular choice with our customers. We cover the spectrum, from the economically priced to the higher end with each model a must-have for collectors. 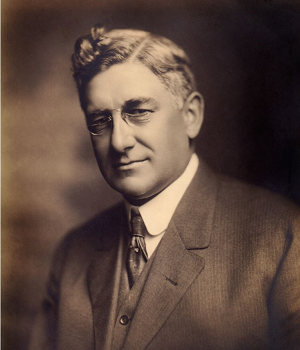 More than 125 years’ heritage
Hailing from Wisconsin in the United States, founder George Safford Parker applied for his first patent in 1888, and employed the driving philosophy, “It will always be possible to make a better pen.” This was a motto that would be held dear by the company throughout its development.

Indeed, its first majorly successful pen came as early as 1899, with the Parker Jointless proving a domestic success. The iconic Duofold followed in 1921, and was made famous by the “Big Red” (a large red-barrelled pen with black borders) along with a 25-year guarantee. Indeed, in accordance with Parker’s philosophy, throughout the 1930s, further developments followed, with the Duofold being made with a durable new plastic material proven to resist cracking, “whether dropped from an aeroplane or to the bottom of the Grand Canyon.”

The world famous Quink (quick-drying ink) was released in 1931, and with perhaps the Parker brand at its height, in 1945, supplied the Parker 51 used to sign the German surrender in the second world war. Conversely, the Duofold was used to sign the Japanese surrender! Other notable, and rare, additions to the Parker range include the ‘Space Pen’ of 1970, the Royal Wedding commemorative edition of 1981 and 1987’s Parker 75.

Today, the company chiefly operates out of France, having experienced testing times in the late 2000s. Given the rise of the Chinese markets imitating the famous Jotter design cheaply, Parker had to evolve in order to remain competitive. It did so, and in producing more executive models such as the Sonnet and Premier, boasts an extensive design-range which still retains a prominent standing in the market today.

Sign up for exclusive offers, news, events and more.